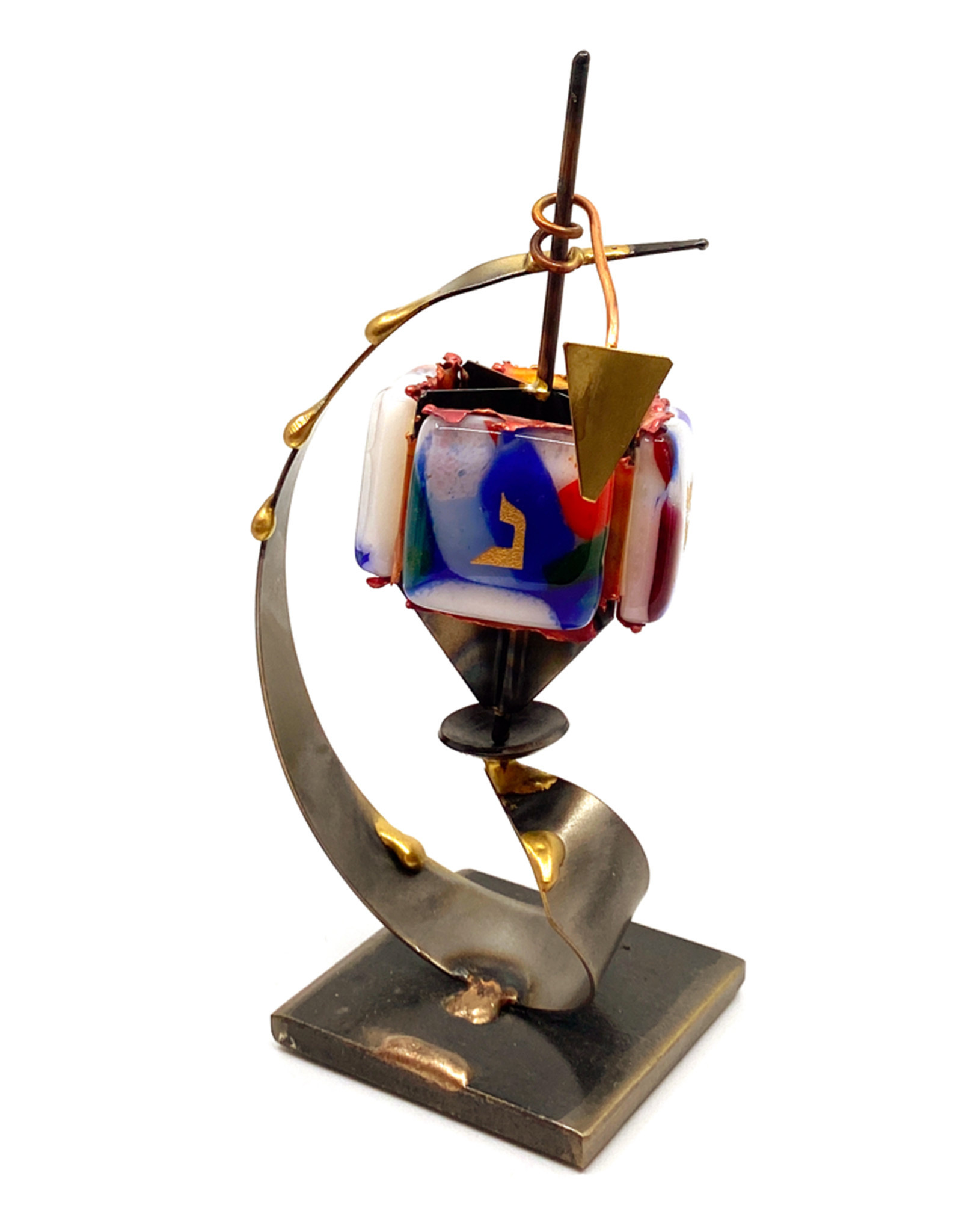 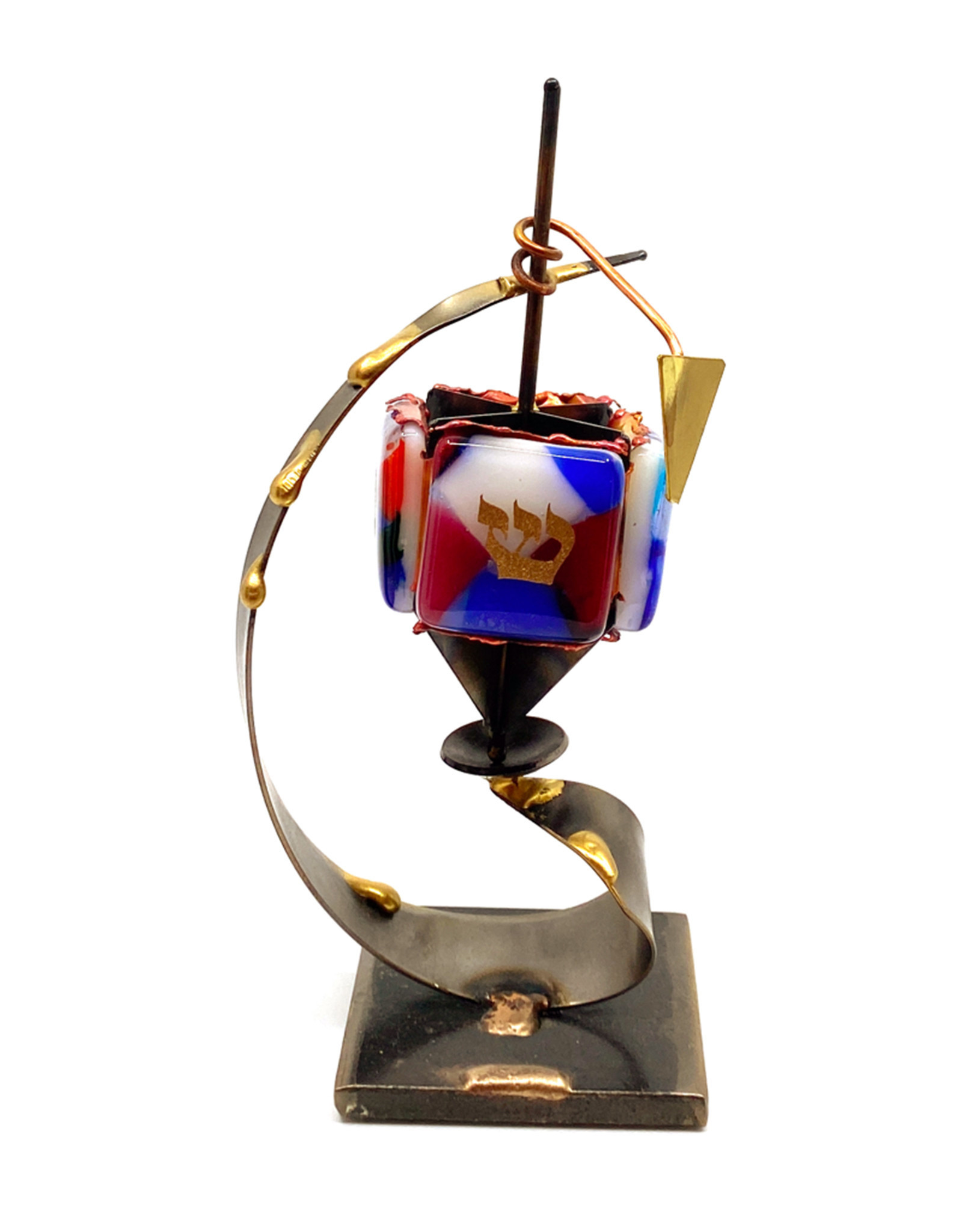 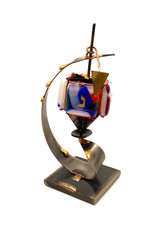 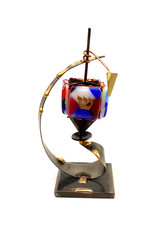 A fused dichroic glass dreidel on a curved stand.