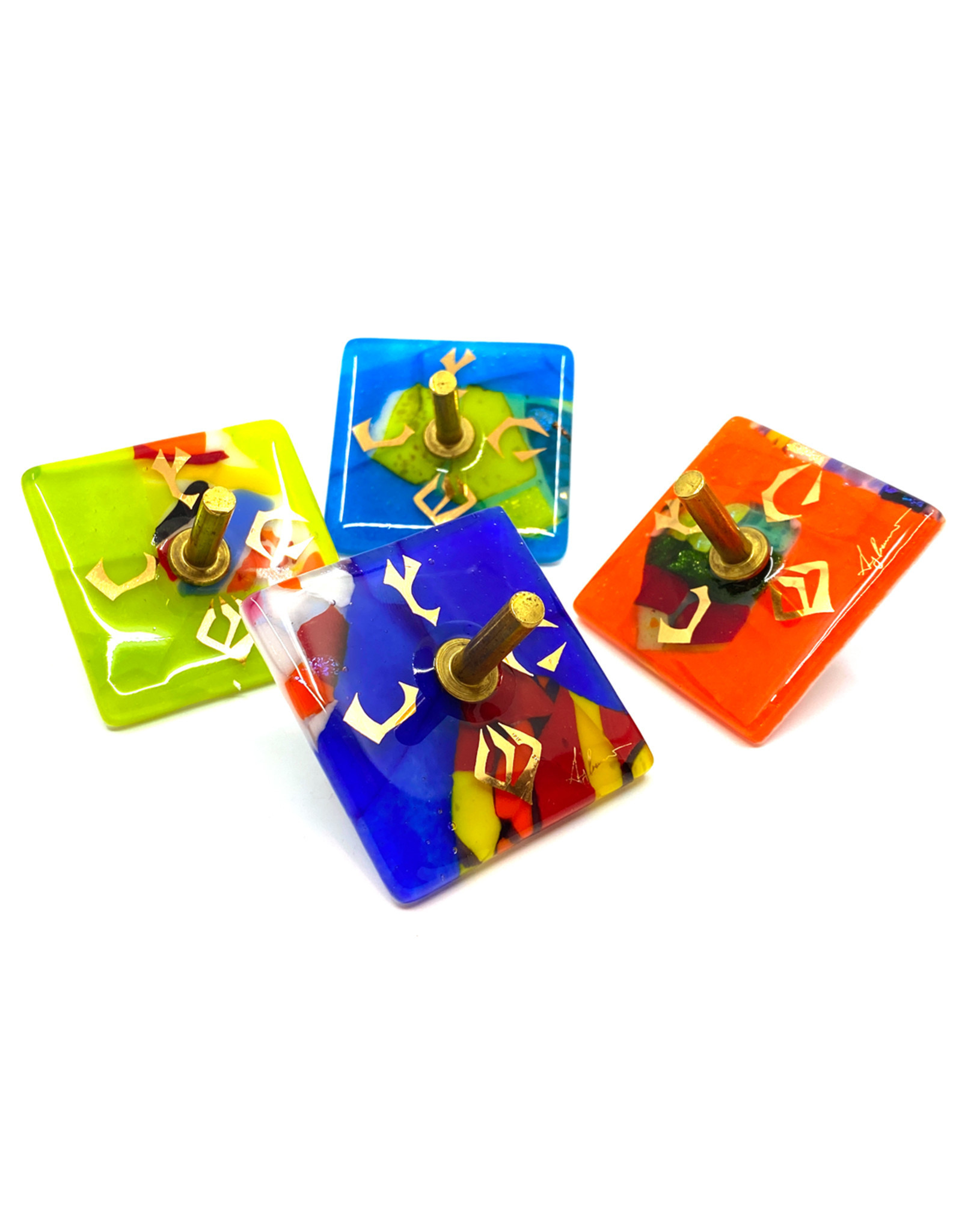 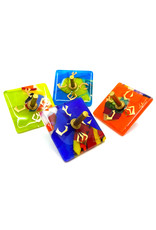 These large dreidel tops make great Chanukah gifts, especially if you have a large number of kids on your list! Made of fused glass with gold leaf. There are assorted designs and colors. Unfortunately, we cannot take specific requests on which one you will receive but we promise to send the best we have!