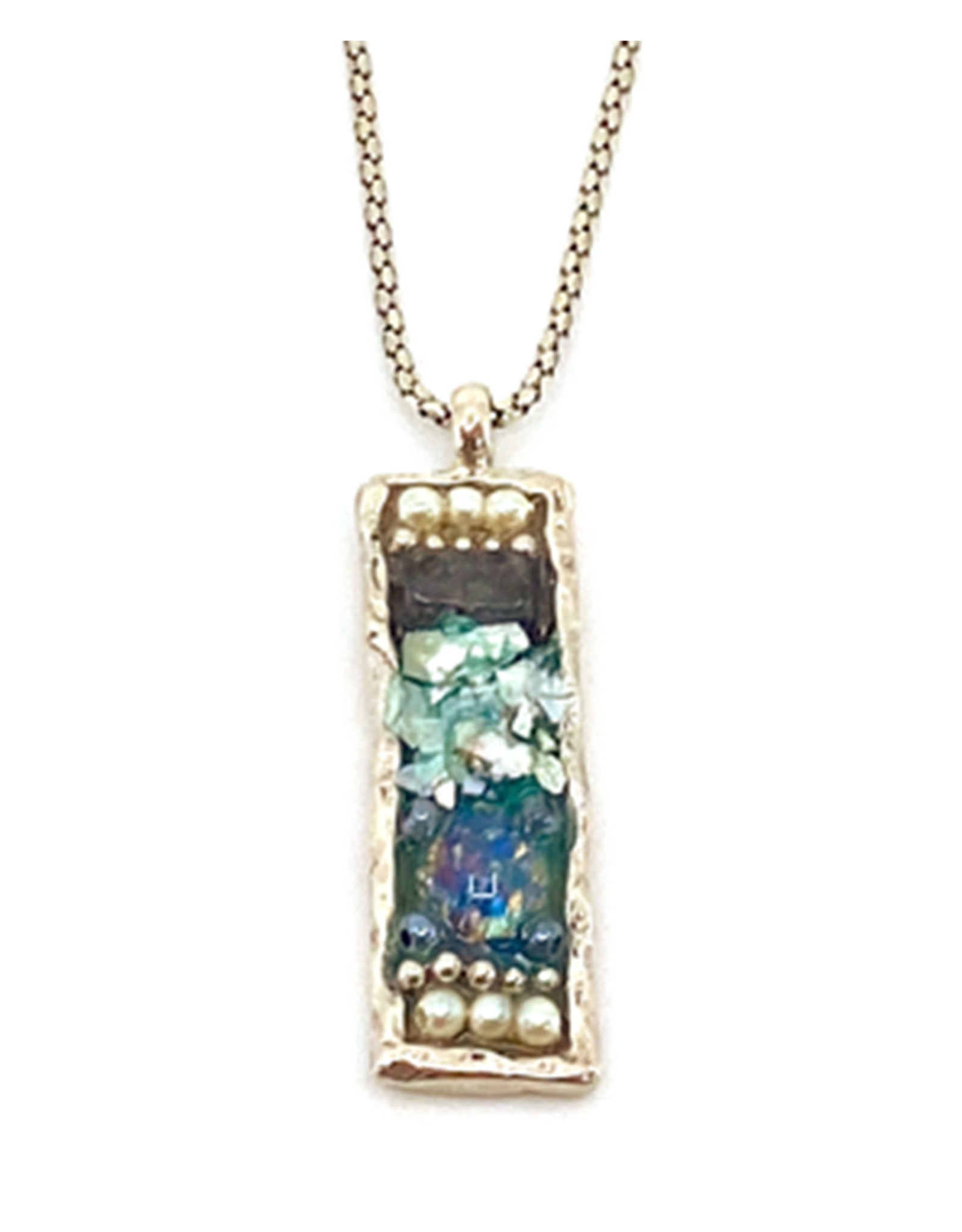 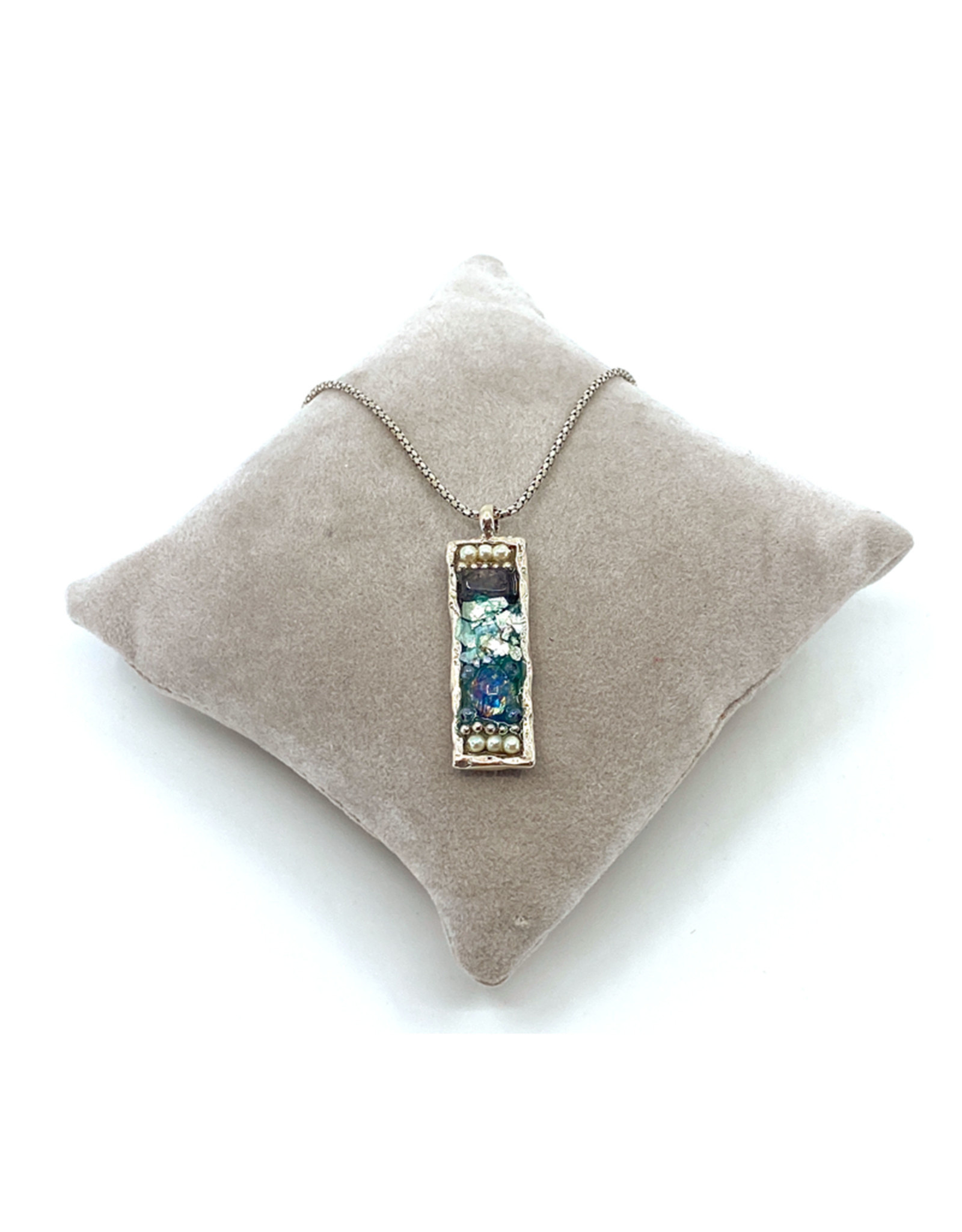 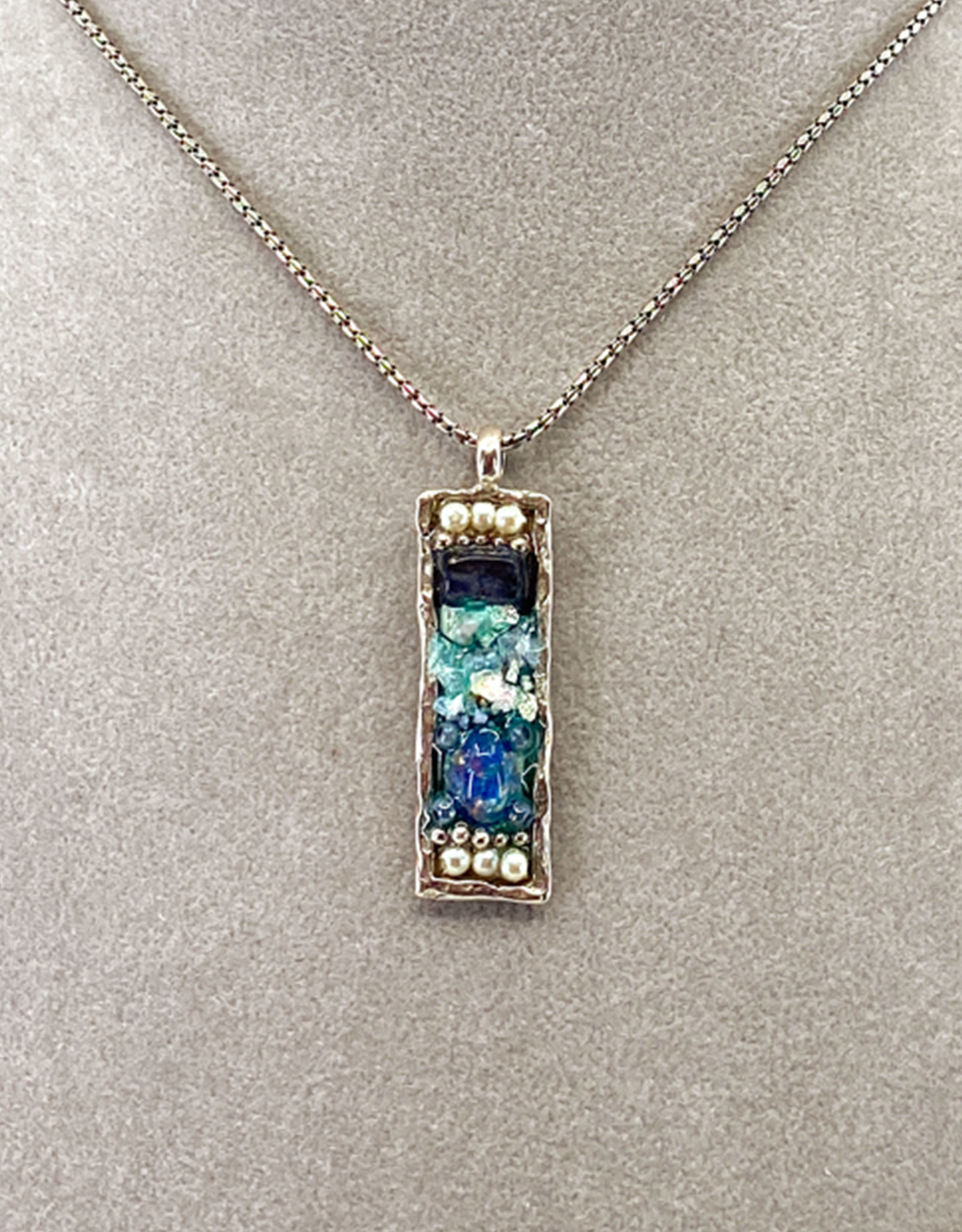 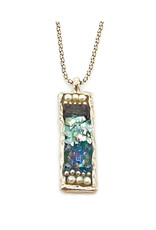 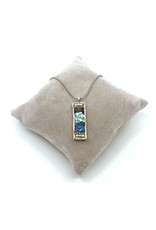 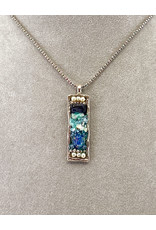 Sterling silver with Roman Glass and freshwater pearl on an 18" sterling silver chain - the rare shards of Roman glass set in Angie Olami's jewelry are over 2000 years old! They have been unearthed by archaeologists in Israel on ancient city sites that were once part of the Roman Empire. The iridescent colors have evolved gradually over the centuries as part of the glass's chemical reaction to the sun, the water and the earth in which it was buried. All of Angie's Roman glass is hand cut from different fragments which makes each piece truly one of a kind. 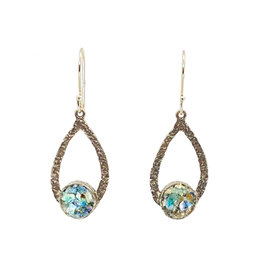 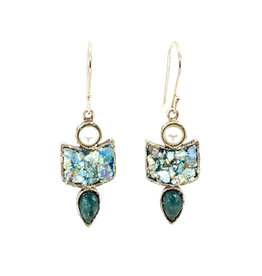 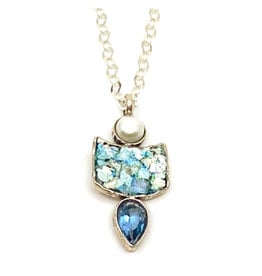 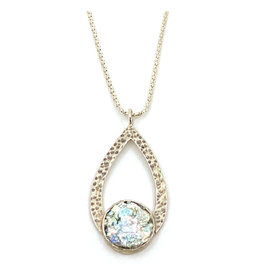 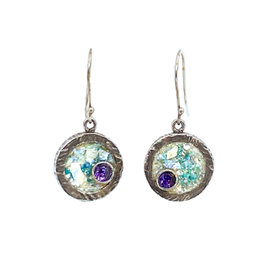